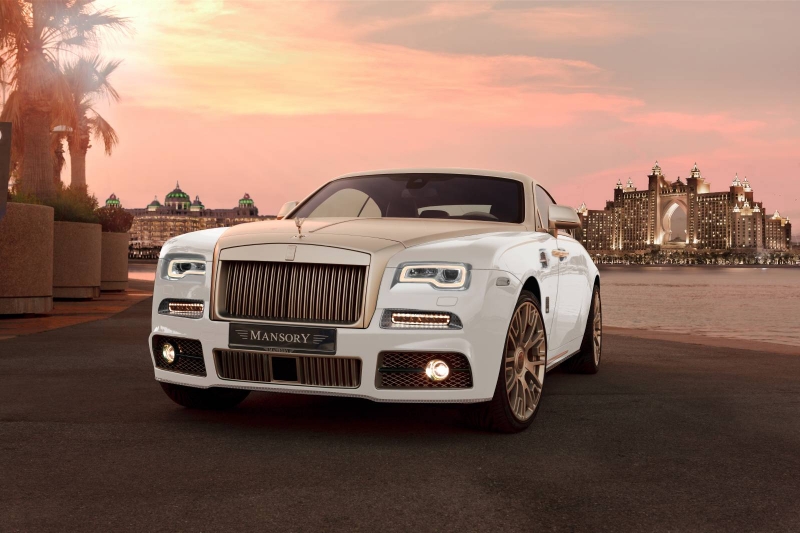 The ultimate definition of luxury on wheels is the 2014 Rolls Royce Wraith. It's always difficult to imagine what it can become when a tuning company works on it. As thus, the vehicle tuner Mansory has managed to raise even higher the bar of luxury, presenting us with the Mansory Rolls-Royce Wraith Palm Edition 999. 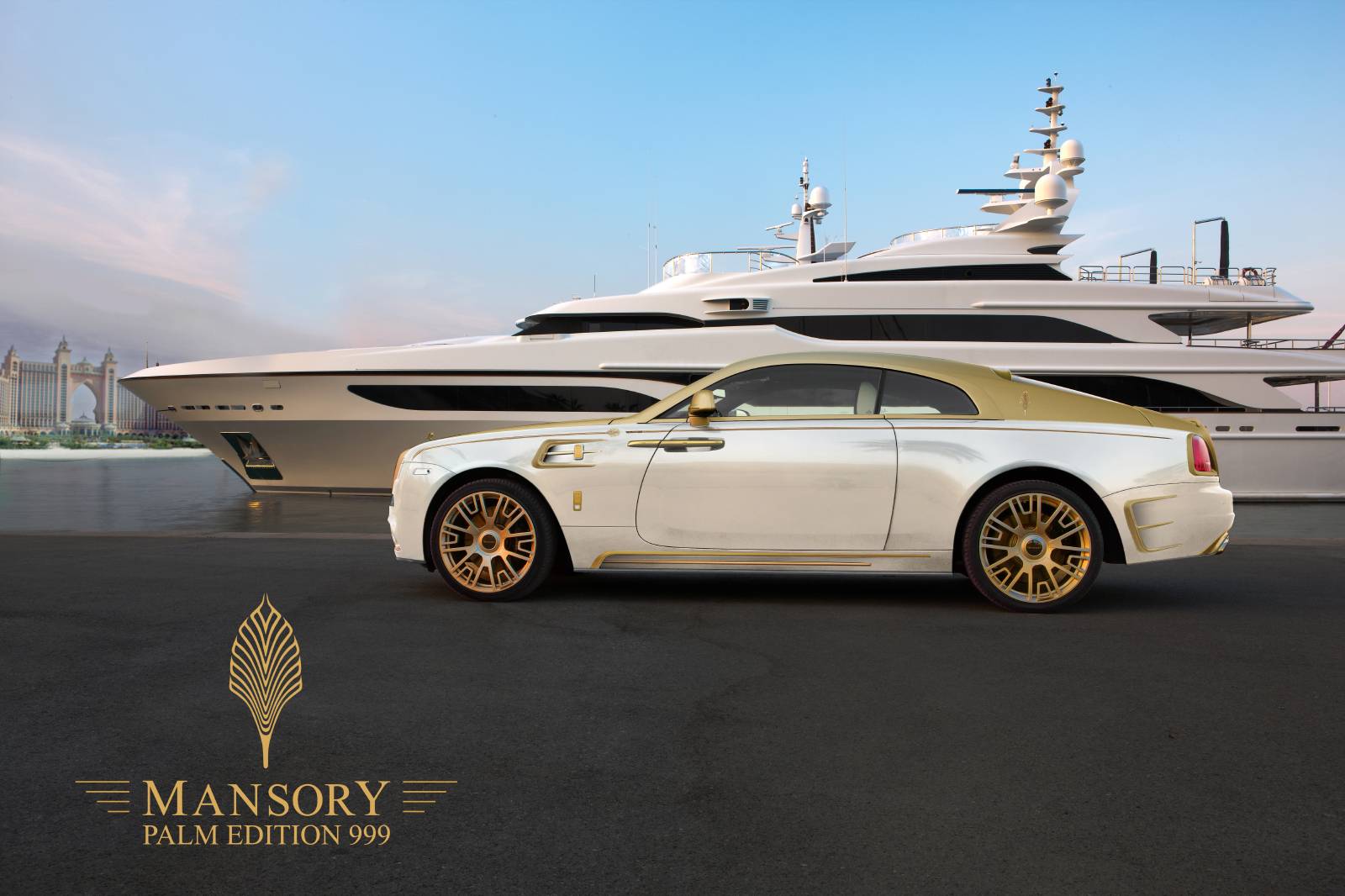 The number 9 in the name of this tuned car stands for the exact amount of vehicles Mansory will produce, making it one of the most exclusive cars available worldwide. Upon first view, the Mansory Rolls-Royce Wraith Palm Edition 999 seems to have gotten a true golden makeover. The two-tone paint job combines both white and gold, giving the car an even more exclusive and pristine look. The bodywork underneath has been entirely redone in carbon-fibre, that includes the front fender, side skirts and the roof spoiler.

The true luxury that distinguishes the Mansory Rolls-Royce Wraith Palm Edition 999 from the original Wraith, is found in the details. The original badges and logos are replaced with exclusive plaques that are, of course, finished with 999 pure gold. Under the hood, the twin-turbo V12 outputting 623 hp also received some upgrades from the Bavarian luxury tuner. Mansory managed to increase the total output of the twelve-cylinder from 632 PS / 800 Nm to 740 PS / 1,000 Nm. This power upgrade means that the golden coach is capable of reaching a 100 km/h from a standstill in just 4.4 seconds. 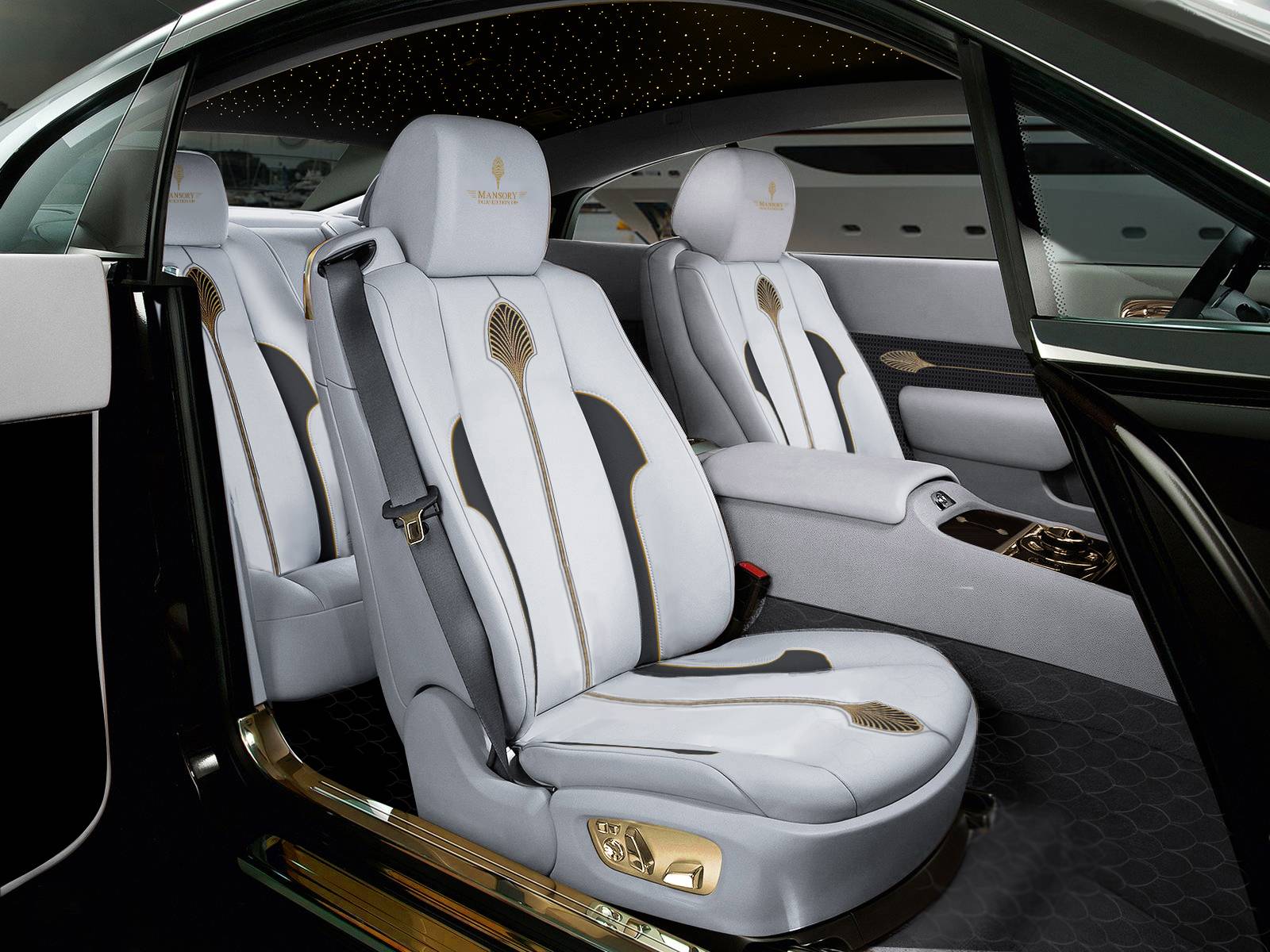 A Perfect Car for a Perfect Fall from RepoKar.com